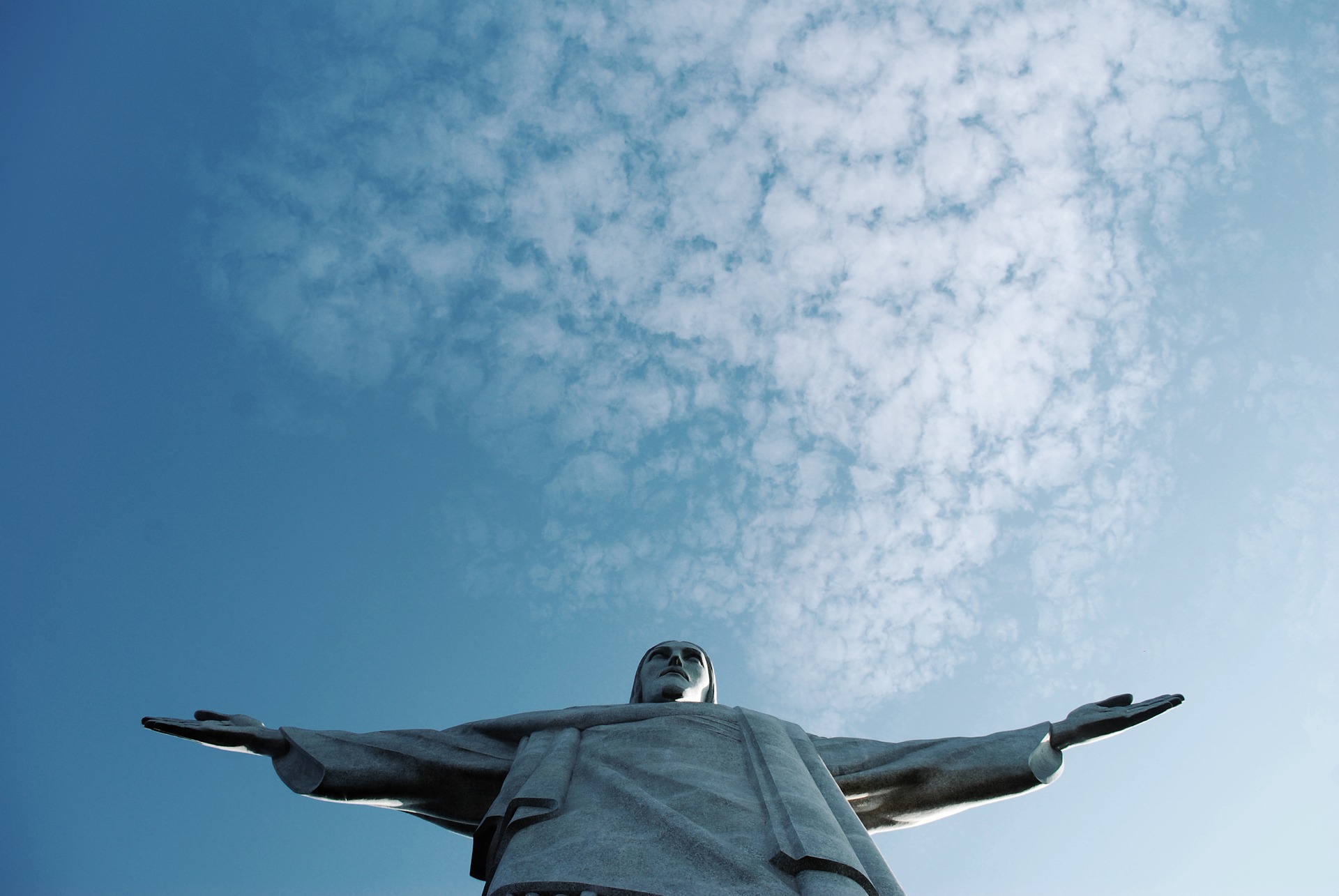 You are residing in Portugal and wish to know how to apply to Portuguese Citizenship. Here´s how (Part I)

As a result from the changes introduced by Law 2/2018 of 05/07/2018 – about which you can read here on the blog, we now present, as promised, a slightly more practical article about the requirements to acquire Portuguese citizenship by naturalization by those residing in Portugal.

The current paragraph 1 of article 6 of the Nationality Law states, with the changes introduced by said Law:

1 – The Government grants the Portuguese nationality, by naturalization, to the foreign citizens that satisfy the following requirements cumulatively:

The said organic law introduced significant changes to the requirements of subparagraphs b) – previously the minimum legal residence time was six years, and (d) – what is now relevant is the actual condemnation with a term of imprisonment and no longer the criminal frame of the crime for which it was condemned as explained before here.

Let us see, one by one, how a foreign citizen residing in Portugal can obtain Portuguese citizenship.

To avoid a very long article in an already boring matter, we will separate the said requirements in two separate pieces. In this one, we start by looking to the first two requirements – subparagraphs a) and b), reserving for a later report the requirements from subparagraphs c) to e) so that we can look more closely at the condition regarding knowledge of the Portuguese language.

The Government grants Portuguese nationality, by naturalization, to foreigners who:

A – Are of age or emancipated under Portuguese law.

Only citizens of age (over 18) who are legally residing in Portugal can obtain citizenship via residence.

The law reserves specificities to grant Portuguese citizenship to underage citizens via naturalization in the course of article 6, on which we will advise later.

B – Have resided legally in Portuguese territory for at least five years.

The reduction of the timeline is a direct result from the intention of the legislator to standardize the deadlines provided by the Law in this regard, especially in the Aliens Act, which is, as a rule, five years, thus reducing the period from 6 to 5 years.

We speak of, therefore, legal residence, that is, the residence permit granted by the Portuguese State by issuing a valid residence authorization certificate, whatever it may be.

Either for EU Citizens – residence permits issued under the Law 37/2006 of 9 August – which regulates the exercise of the right of free movement and residence of citizens of the European Union and their family members in national territory – where the period of temporary residence permit is granted immediately for a period of five years, and permanent residence after five consecutive years of residing in Portugal;

As to Third Country nationals – residence permits issued under the Law No. 23/2007, of July 4 – which regulates the legal regime for entry, permanence, departure and removal from the national territory of foreign nationals of third countries – where the first temporary residence permits may be granted for periods of 1 or 2 years, and only after 5 consecutive years of legal residence may a permanent residence permit be applied for.

So, there is still time to apply for a European nationality before Brexit. And if the residence period dates back more than five years – that is, if one has not resided in Portugal in the last five years, they can still apply for the Non-habitual resident status with the Tax Authority, with significant tax advantages, especially for pensioners.

There are two critical notes to make in this regard:

To apply for Portuguese citizenship, citizens of the European Union and their family members may prove legal residence by:

– submitting the certificates obtained from the respective City Councils of the area of residency or SEF under the provisions of articles 14 or 16 of Law 37/2006 of August 9;

– OR, upon presentation of documents proving the fulfillment of the conditions of the right of residence for more than three months or of the right to permanent residency, under the provisions of articles 7 and 9 or 10 and 11 of the same law. That is, that one met the conditions to be entitled to reside in Portugal and that it was maintained during the required five years!

This issue is of particular relevance to UK citizens vis-à-vis the imminent departure of the UK from the EU – commonly known as Brexit. As we know, there are many UK citizens who have resided in Portugal for 20 years without any formal residency certificates.

It should also be noted that under the provisions of article 10 and 16 of Law 37/2006, to obtain permanent residency, the SEF requires the applicant to have a residency certificate for more than three months. It is arguable that they request the temporary certificate when such requirement is not demanded under Law No 37/2006 and, above all, when something different is allowed by Portuguese nationality legislation, (however, we know that they do).

It is certain, however, that to obtain Portuguese citizenship, EU citizens may prove legal residence in these terms.

Curious that our Law demands different practical requirements depending on whether Portuguese nationality or residence in Portugal is at stake. And odd it is that the level of demand is higher for residence purposes than for citizenship…

The difference results, in my view, reside in the fact that we have two different entities dealing with each of the matters and too much-scattered legislation.

2 – In the second place, particular emphasis should be placed on the amendment introduced in paragraph 3 of article 15 of Law 37/81 of October 3rd.

As we have already mentioned, this is perhaps the most substantial amendment in terms of increasing the number of applications for citizenship in this way.

Article 3 (3) of the Nationality Law now provides that “for the purposes of counting legal residence periods provided for in this law, the sum of all periods of legal residence in the national territory shall be taken into account, continuous or interrupted, provided that they have elapsed within a maximum interval of 15 years.

In other words, for Portuguese citizenship application, the law now considers not the period immediately preceding the date of application, but all periods of legal residence, continuous or interrupted, that add to the amount of five years, within a maximum interval of fifteen years!

You must, however, hold a valid residence permit at the time of application.

EU citizens who are no longer residing in Portugal but have been legal residents for five years in the last 15 may apply for Portuguese citizenship immediately, even if they are not currently resident in Portugal for more than five years.

They also may, therefore, and following the above written, prove that:

– in the last 15 years, they have had the right to reside in Portugal for more than three months and that they have retained that right for five years;

– OR that they had this right for certain periods of time that amount to five years, even if they have not kept that right for five straight years (except if that right was lost due to a formal order of removal).

It is curious to note that, once again, the requirements for obtaining Portuguese citizenship are less demanding than for getting permanent residence. According to the provisions of Article 10 of Law 37/2006 of August 9, EU citizens must reside in Portugal for five consecutive years to be entitled to permanent residence.

This amendment is of particular relevance to British citizens within the scope of Brexit but must be residing at present in Portugal.

If one is residing here now without the certificate, I continue to advise to obtain it at the City Hall as soon as possible.

And we believe it is preferable because we prefer to avoid all mechanisms that will be subjected to the free appreciation by the Registrar of additional evidence any evidence that relies upon an opinion by the Conservatoires or the SEF.

So, we reserve this option to when there is no other way since these are ever more difficult processes that will take more time and may have to be discussed in court.

When it is necessary to gather this form of evidence and to use it to argue a specific right, it is vital that one uses a lawyer.

So, there is still time to apply for a European nationality before Brexit. And if the residence period dates back more than five years – that is, if one has not resided in Portugal in the last five years, they can still apply for the Non-habitual resident status with the Tax Authority, with significant tax advantages, especially for pensioners.